The Secrets And Myths Of Marinades, Brinerades, And How Gashing Can Make Them Work Better

Most marinades are thin water-based liquids that foods swim in before cooking. But marinades themselves are bathed in myth and mystery.

Marinades usually have a number of ingredients such as salt, oil, flavorings, and acidic liquids (SOFA). The molecules of each are different sizes and some are attracted to the chemicals in meats and some are repelled by them. Some can flow easily into the microscopic voids between muscle fibers, some are too large.

Marinades, unless they are heavy with salt, in which case they more properly are called brines, do not penetrate meats very far, rarely more than 1/8″, even after many hours of soaking. Especially in the cold fridge where molecules are sluggish.

Salt penetrates because it reacts chemically and electrically with the water in the meat. But molecules like sugar and garlic are comparatively huge and they do not react electrically when dissolved. Salt is made of just two atoms, sodium and chloride, NaCl. Sucrose is C12H22O11, that’s 45 atoms. Garlic’s active ingredient is allicin, C6H10OS2, and it has 18 atoms, and garlic powder is even larger and more complex than that.

On top of this, most marinades have a lot of oil in them. And meat is mostly water. As we all know, oil and water don’t mix. That oil is just not getting past the microscopic cracks and dents in the surface.

Sugar can move inward a bit after days of marinating, but most ingredients go no further than the surface. There are important exceptions: Fish, shellfish, eggplant, and mushrooms, for example, absorb marinades more rapidly and deeply (see the photos at right). But for most meats and veggies, the benefit of marinades is that they flavor the surface. We are often bamboozled into thinking the marinade has soaked in because the knife, fork, and liquid on the plate are full of marinade flavor, because the flavors on the surface get on our tongue, and they get pushed down into the meat by our teeth.

Try this experiment: Marinate a 2″ thick porkchop as long as you like in whatever you like. Since your marinade probably has some salt in it, take another 2″ chop and just salt it. Cook them side by side, bring them in and rinse them off to remove as much surface flavor as possible. Then cut off the outer 1/4″ of both. Be very very careful to not let the juices from the outsides touch the center. Now have a friend serve you tastes of both without telling you which is which. Hard to tell apart, aren’t they? They both taste like plain ol’ pork. You might taste salt, but no sugar, garlic, pepper, or whatever.

If you marinate thin slices of meat, say 1/2″ thick skirt steak, the flavors may penetrate 1/8″ on either side and so it will get close to the center, especially since skirt steak has loose fibers running parallel to the surface, but not thick pieces. Think of prime rib. The outside crust really tastes like the seasonings while the center tastes like plain old beef.

But in most cases it is good that marinades don’t penetrate very far. If that red wine marinade you used on your flank steak penetrated all the way, would you and your guests prefer purple meat to bright red?

After you finish reading the rest of the marinade myths below, you will see some experiments that show how poorly marinades penetrate.

Myth: Marinades tenderize. Tenderizing is a process of making the proteins softer, both the proteins in the muscle fibers and in the connective tissues that sheath the fibers and connect them to bones (see my article on meat science). This softening is called denaturing. Since marinades do not penetrate very far they cannot denature the protein bonds much beyond the surface, so there is little tenderizing beyond the surface. In fact, some ingredients, especially acids, such as vinegar and fruit juice, can make some surfaces firmer, and some surfaces mushy. In some cases acid can even reduce water holding capacity. This can be good if you are trying to form a dry crust.

Myth: Marinades improve everything. Water based marinades such as wine, beer, soft drinks, and juices keep the surface wet so when they go on the grill or in a pan, the water evaporates, steaming the meat, and steam can impede browning and crisping of the surface and prevent the formation of the crust or bark we love. Crisp brown meat has more flavor, and one of the main reasons we like to grill (see my article on the maillard reaction, caramelization, and why brown is beautiful). On the other hand, the wet surface can help prevent dehydration and the drying effect of the grill, producing moister meat.

Myth: You can use just about anything in a marinade. If marinades contain sugar, they can burn and ruin the food. Sugar is less of a problem for low slow roasting over indirect heat with convection airflow. And oils can drip off causing flareups and soot deposits on the food. You can use sugar and oil, but judiciously.

Myth: Longer is better. Actually, longer is worser. The problem is that acids in marinates mess up proteins, faux cooking them. That’s how ceviche is “cooked”. Fish is marinated in citrus until the proteins get all unwound and the color changes and they sorta cook. The longer meat sits in an acid, the mushier it becomes.

Myth: Stabbing with a fork helps marinades penetrate. Stabbing meat with a fork or a jaccard blade pushes bacteria down in. And the holes seal up as the meat collapses in on the trauma and fills with water.

Myth: Vacuum marinators suck in the marinade. There are several companies that make devices in which you place the food and then a motor sucks out the air and creates a vacuum. In theory the vacuum sucks the marinade in. Not! There is no air in meat to suck out. So all they suck out is water/meat juice. When you release the vacuum, a small amount of liquid will get sucked in just a fraction of an inch, but most molecules are just too large to penetrate. That said, on very thin cuts like jerky, the tumbling and sucking might help a bit. 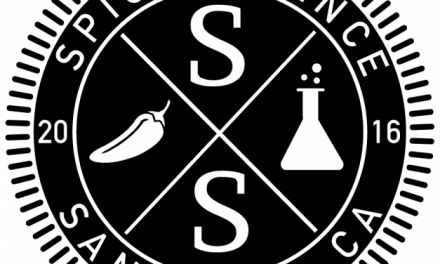 The Reverse Sear Is the Best Way to Cook a Steak

How to Use and Apply Dry Rubs